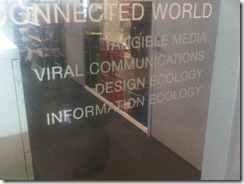 Hugh Herr, the biomechatronics professor, pulled up his pant legs to reveal artificial legs and then did a stomping dance next to the podium. Ramesh Raskar, director of the *Camera Culture* lab, describes cameras that look around corners using a femptosecond laser – one trillion (with a T!) frames per second. He also created micro barcodes that enable an eyesight assessor to connect to a cell phone, providing on-site eye exams in underdeveloped countries. Ed Boydan is investigating synthetic neurobiology – the ability to create brain co-processors, working at the intersection of neuro-science and engineering.

These are just a few of the things that I saw at the celebration of the MIT Media Lab’s 25th anniversary last week in Cambridge, Mass. Among the speakers were Eric Schmidt, Chairman and CEO of Google, who said that being involved in a company that shares information with the world is a once in a lifetime opportunity. Peabody Award winning journalist John Hockenbery posed intriguing questions to him as well as to a panel of prominent faculty.

They discussed concepts like the fact that in 2020 materials will be the new software. Glass in buildings will have pores that open and close to manage light. DNA will enter the product space, and we will see more and more bio-engineered materials.

Nicholas Negroponte, co-founder and spiritual leader of the Media Lab, who went on to establish *One Laptop Per Child*, posed the question: “Is digital the new plastics?”. The implication being that it has become so prevalent, so pervasive, so ingrained in our culture that perhaps digital is becoming trivialized.

MIT Media Lab philosophy is: Don’t accept the world as it is but strive to make it a better place. It is always stimulating and exciting to be in the company of such creative and innovative thinkers. My kind of brain candy. Yum. 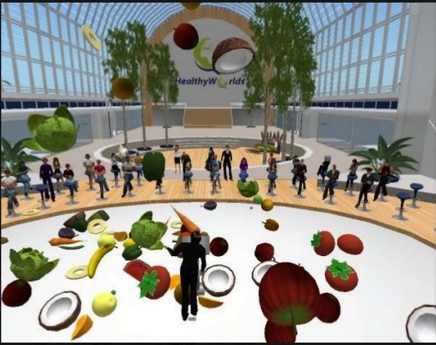